The February school half term is almost upon us for 2022, and as a parent you may be starting to wonder how you’re going to fill the week with activities to keep the kids entertained.

In 2022, the half term week for most schools in Manchester is from Monday 21st February to Friday 25th February, although many of the activities happening in the city take place for 2 weeks from the week before to include schools which have earlier February half terms.

Things to do in Manchester this February half term

If you’re looking for some activities to immerse and engage your kids during February half term in Manchester, there are plenty of things on – read more below!

Half Term Special at the Science and Industry Museum, February 12th – 27th

Inspired by their world-first exhibition ‘Cancer Revolution: Science, innovation and hope’, the Science and Industry Museum are putting on a free exhibition for kids at half term all about the human body. From 12th to 27th February, families will be able to get even more involved at the museum through their Science Stops, revealing some of the different ways we can see inside our bodies, from microscopes and magnets to high-tech cameras.

There will also be some special events, including Get Curious on 23rd February, where scientists and experts in STEM will be available to speak to, sharing their knowledge and amazing facts, with fun activities for the kids to get into. For the younger visitors, Mini Movers returns for half term, where little ones can “roll, clank, whirr and clack” their way around the maze-like Textile Gallery to find out the similarities between machines and the human body.

And there’s plenty more happening for half term… ‘A Quiet Afternoon in the Cloud Cuckoo Valley’ featuring a beautiful moving sculpture, and Experiment, an interactive gallery for the whole family. Plan you visit via their website here.

Make Your Own Armband at the National Football Museum, February 19th – 27th

One for the footie fans! For February half term, the National Football Museum has a special Make Your Own Armband activity, from 11am until 2pm daily. The museum is encouraging visitors to wear their hearts on their sleeves and showcase their support for causes and issues they care about, via their customised armband.

The activity is inspired by England captain Harry Kane, who wore a rainbow armband to show the team’s support for LGBTQ+ communities for the Euros in 2021. A plain white fabric armband will be given to anyone who wants to take part, and they can decorate it however they see fit. The museum says that visitors can show their support for any cause that’s important to them, from climate change, to women’s football, to anti-racism and anti-bullying – it’s entirely up to them.

Get your kids to show their support for a cause close to their hearts at the National Football Museum, just a 5 minute walk from CitySuites, from 19th to 27th February, 11am – 2pm. 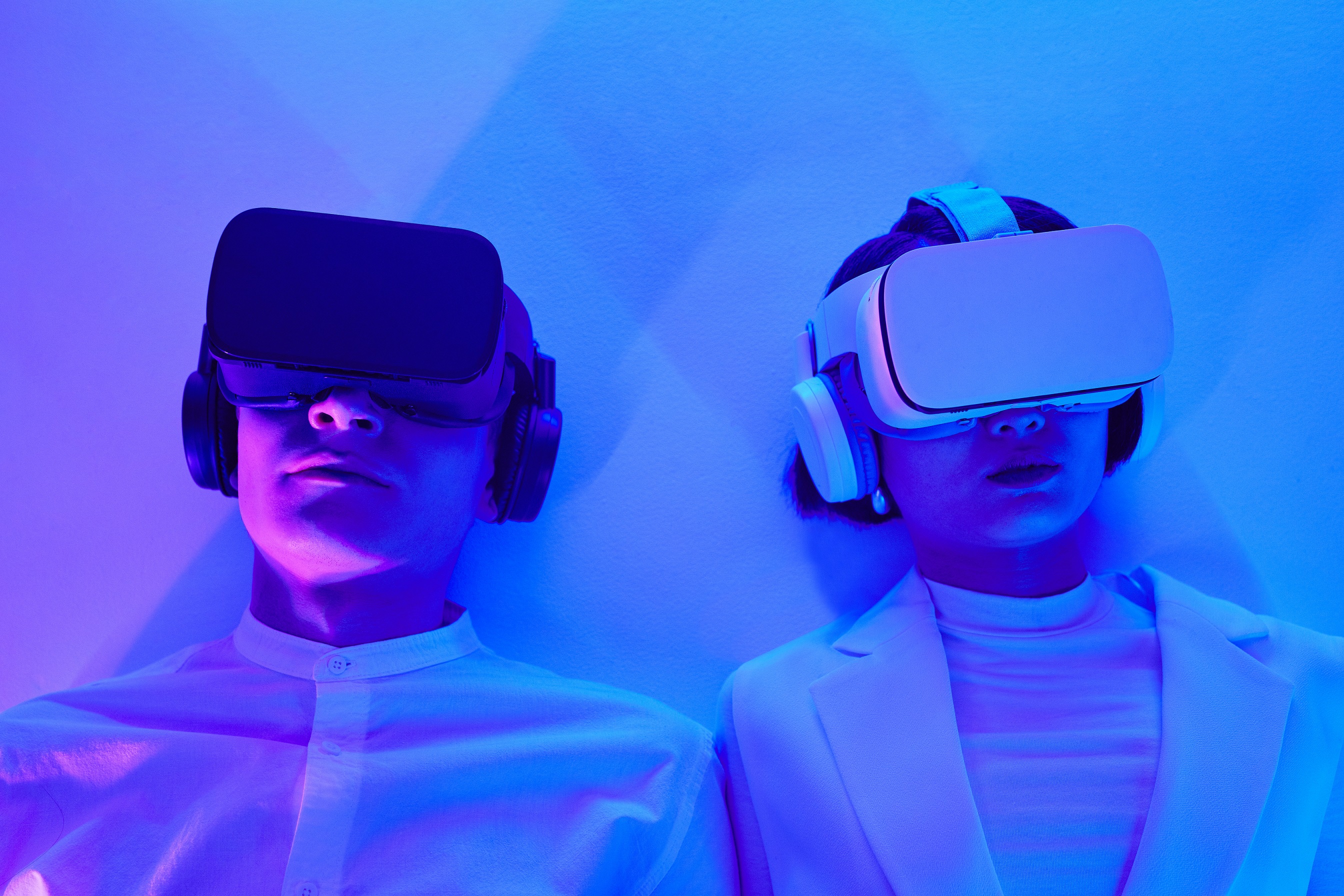 Enter a different world this February half term at Virtual Hideout Manchester. The exciting virtual reality and gaming hub is in central Manchester, in the Northern Quarter, and offers a range of games that can be experienced alone or as part of a group. All ages 6 and above can play, although some games have a minimum age recommendation.

Game packages include First Timers, Horror, Shooters, Escape Rooms & Puzzles, Family, Kids, and Sci-Fi. VH Manchester notes that their Family option is perfect for everyone, from kids to grandparents, whether it’s walking the plank or saving the earth – things may get competitive!

The Fairy Tales and Folklore of Droylsden, February 19th – 27th

During half term, take a trip eastward outside of Manchester city centre to Droylsden for their ‘Fairy Tales and Folklore of Droylsden’ trail event day. The main fantastical adventure takes place on Saturday 19th February, 10am – 3pm, in Villemomble Square in Droylsden. Families can meet The Wondrous Funderstorm and their dragon, or stumble upon a friendly bard who will spin you a story or two. You can also drop into Droylsden Library for a free workshop led by Rowbot Street CIC to make your own crankie theatre to take away with you!

During the main school half term week, from February 19th – 27th, the ‘trail of tales’ will take place, featuring stories by children from local schools. They have been brought to life with beautiful images of brave characters and spectacular sword fights created by No Eyed Theatre. Visit the library to pick up a trail map and then see if the kids can find all 8 story illustrations in the windows of the local Droylsden businesses.

Get swept up in the fairy tale this February half term – more information here. 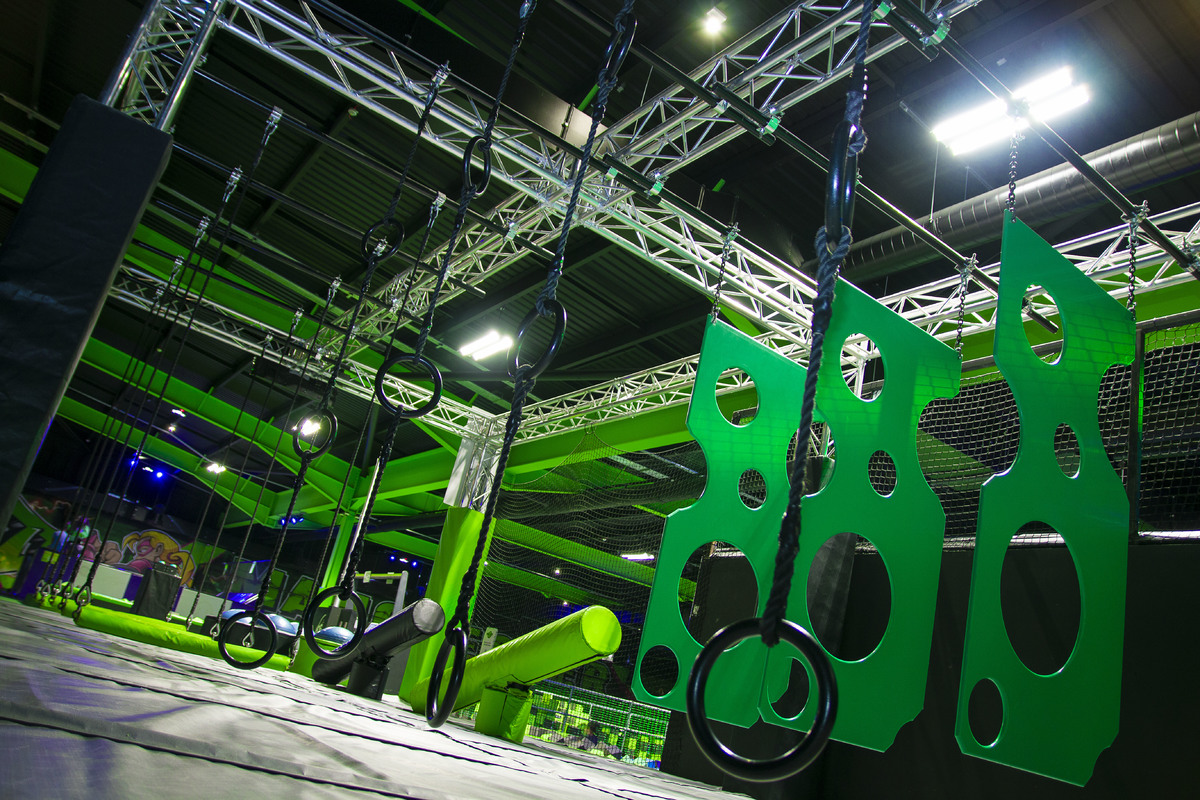 If you find the kids have boundless energy this February half term, take a trip to Flip Out Manchester and let them run riot for an hour or two. The huge soft play / activity centre is located near the Etihad Campus close to Manchester city centre and contains 100 trampolines, a Total Wipeout zone, Ninja Warrior course, DodgeAttack arena, and so much more.

There are various packages to choose from, including a one-hour jump session for £11, the two hour experience of everything for £15, and a family saver for £55 peak / £45 off peak. There is also a special session on Tuesdays and Sundays for ASD and Disability where the music is turned down and the disco lights are off to create a more relaxing play environment.

View more about the packages at Flip Out Manchester here.

Half Term at the House at Elizabeth Gaskell’s House, February 16th – 27th

Get immersed in Victorian history at Elizabeth Gaskell’s House this February half term. Known for her novels including ‘Cranford’, ‘North and South’ and ‘Wives and Daughters’, Gaskell settled in Manchester for much of her life. The half term activity taking place at her house, located just south of Manchester city centre, allows guests to make their own seasonal Victorian greetings.

The activity takes place in the Servants’ Hall which is themed around Victorian greetings cards, and is in partnership with Manchester Metropolitan University Special Collections Museum. Their project is promoting and celebrating the Laura Seddon Collection which contains over 32,500 Victorian and Edwardian greetings cards.

Elizabeth Gaskell’s House will also have their popular cat trail available to follow around the house. Both activities are included in admission, which is £6.50 for adults and free for under-16s per paying adult. Booking essential – get your tickets here. 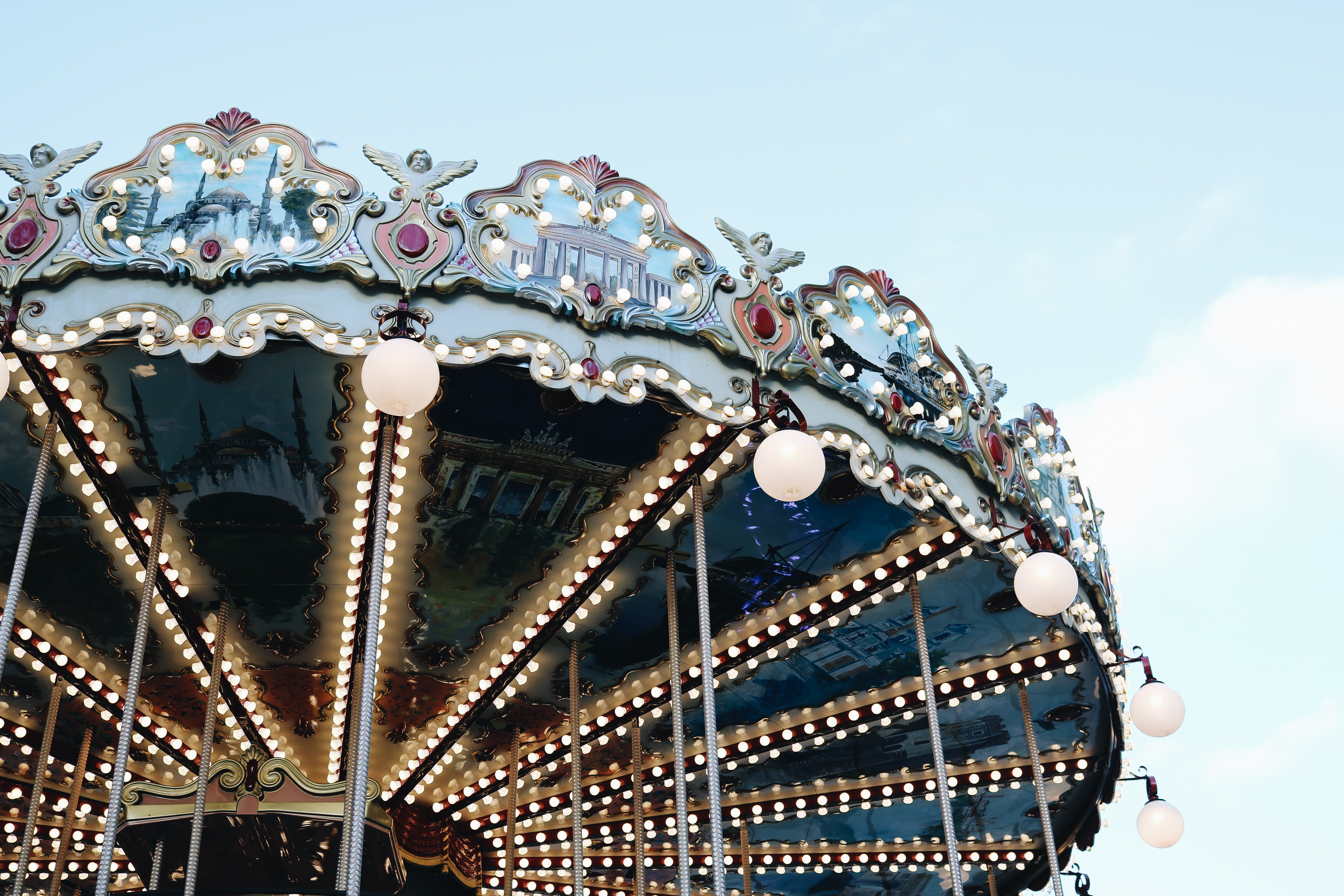 The Fairground at the Trafford Centre, February 19th – 27th

The outdoor fairground is back! Get on your big coat and head over to the Trafford Centre for some fun at the fair this February half term. There will be lots for all the family to enjoy, from exhilarating rides (including The Wave Swinger, Apple Coaster, and Fun House), to fairground games, to food and drink stalls to warm yourself up.

If you’re still feeling a bit chilly, you can head into the Trafford Centre and explore the cavernous food hall and fantastic array of shops. The fairground will be open from 12pm – 9pm from February 19th to 27th.

If you'd like to book one of our family rooms for the February half term school holidays, you can either book online or get in touch with our Reservations Team directly via reservations@citysuites.com.