Running in the city... a CitySuites guide

The city of Manchester is awash with cultural, culinary and architectural sights. From the imposing, gothic inspired cathedral (a Grade 1 listed building boasting illuminating stained glass windows and offering a heavenly haven of solace in the bustling city) to the striking, clean-cut glass and metal metropolis of Spinningfield’s luxury bars and restaurants, Manchester has it all and more!

With serene waterways, secluded cobbled alleys and hidden historical gems all waiting to be explored, what better way to see the city in all its glory than on foot? Whether you’re short on time, or just looking for a unique (and healthy) way to explore the city, one of the most exciting ways to see Manchester is to run it. The city boasts numerous running route possibilities, with an endless adventure of canal paths, city streets and walkways. Below, we list some of the best ways to run the city during your stay at CitySuites. 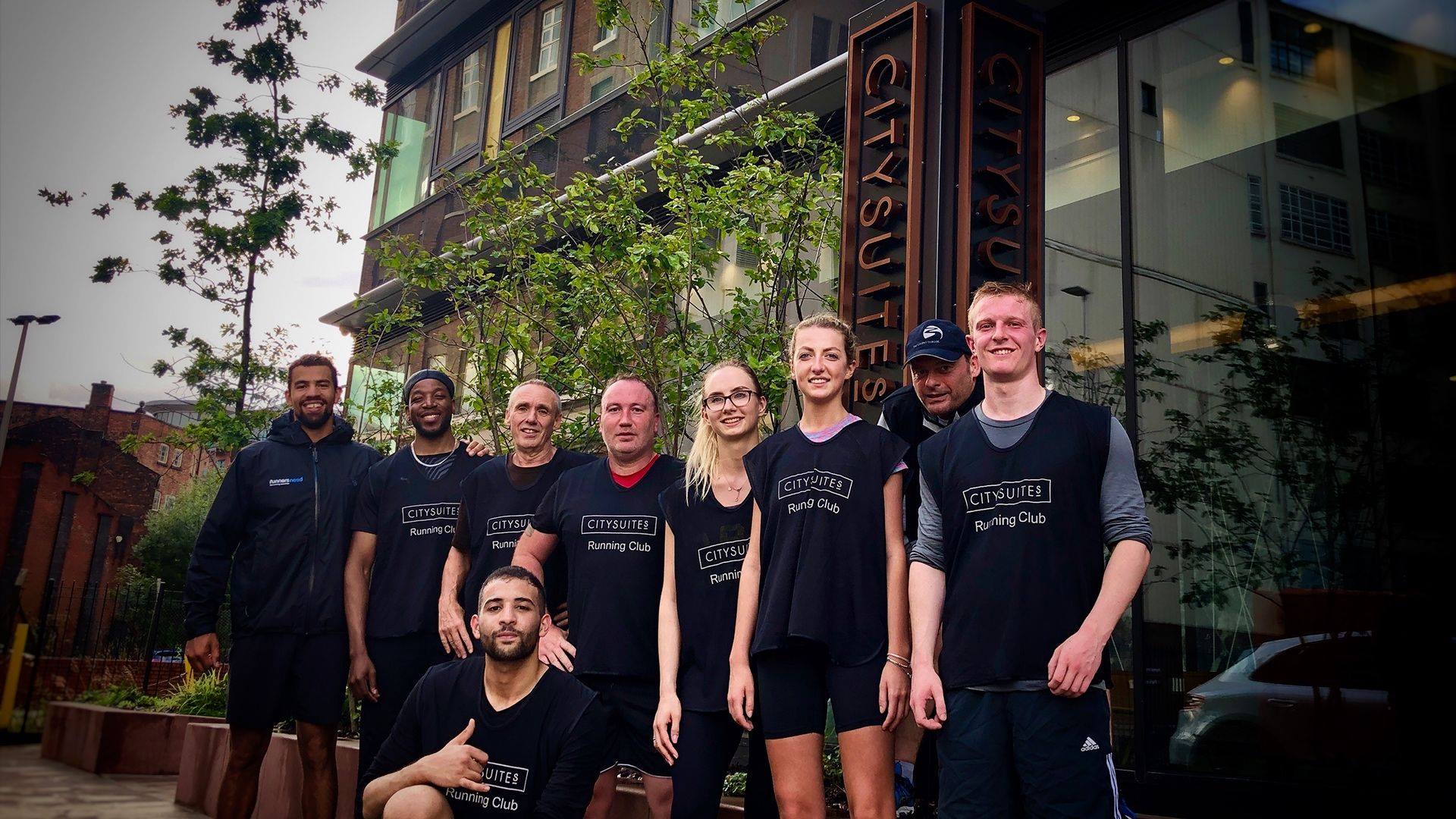 The possibilities for a central Manchester loop are endless. In just a few kilometres, you can run (walk or jog) a circular loop which will take you on a visual journey of Manchester’s history, future and heritage, passing by typical tourist attractions (Manchester Cathedral, The Bridgewater Hall, Chetham’s Library, Manchester Central Library to name a few) and unearthing some of the lesser known hidden gems. 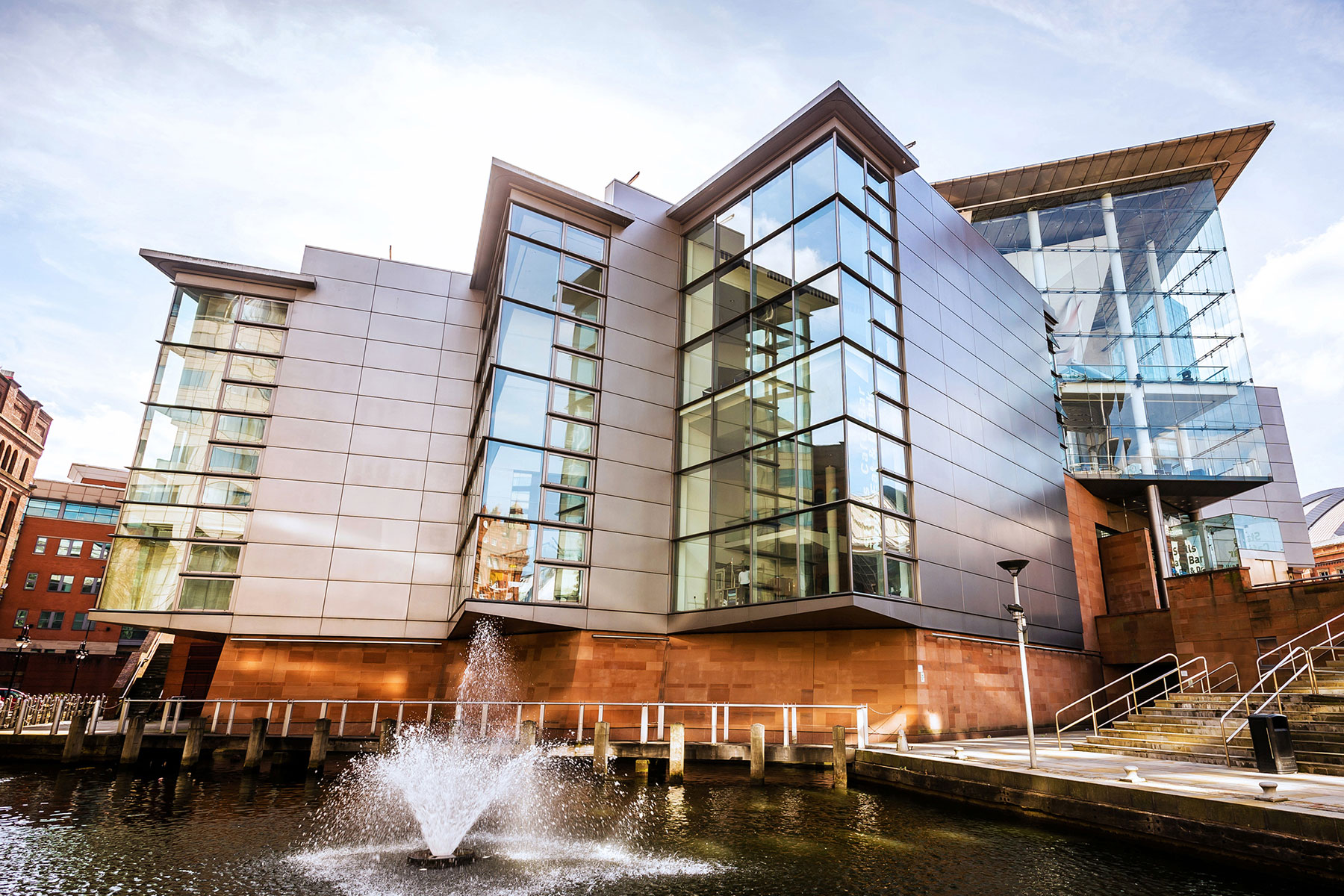 This route by Great Runs is a good example. From CitySuites, cross Victoria Bridge to take in the sights of the Manchester Cathedral and National Football Museum, before continuing south past the Town Hall and Central Library. Run down Oxford Street, a main shopping street, before completing the loop alongside the city’s canals and rivers. This is a good route to do early before the city gets too busy, giving you the perfect opportunity to get in some exercise and sightseeing before breakfast.

To really delve into the history of the city, consider booking a running tour. Go! Running Tours Manchester offers a great selection of tours for every pace, distance and ability. So whether you’re a marathon training machine or simply after a casual jog to explore the city, why not opt for a guided route through the city where you’ll learn about the culture, history and future in a fun and social way? You’ll be guided by a born and bred Mancunian whose passion is all things running and Manchester! There will also be time for pit stops at the city’s main sights to capture your memories. Your guide will pick you up from CitySuites, and can even plan a door-to-door route. If you prefer a less urban run, this route takes you along the River Irwell and through some beautiful green areas. Head north to reach the River Irwell walkway. Follow the river, taking the bridge to complete a loop of The Meadow and cross the next bridge to complete a loop of Peel Park. Peel Park is one of the oldest free public parks in the UK, having opened in 1846, and was reopened in 2017 following restoration. There are a few sights to see in the park, including Salford University and the Salford Museum and Art Gallery. Head back across the bridges to retrace your path along the river back to CitySuites.

Castlefield to the Quays 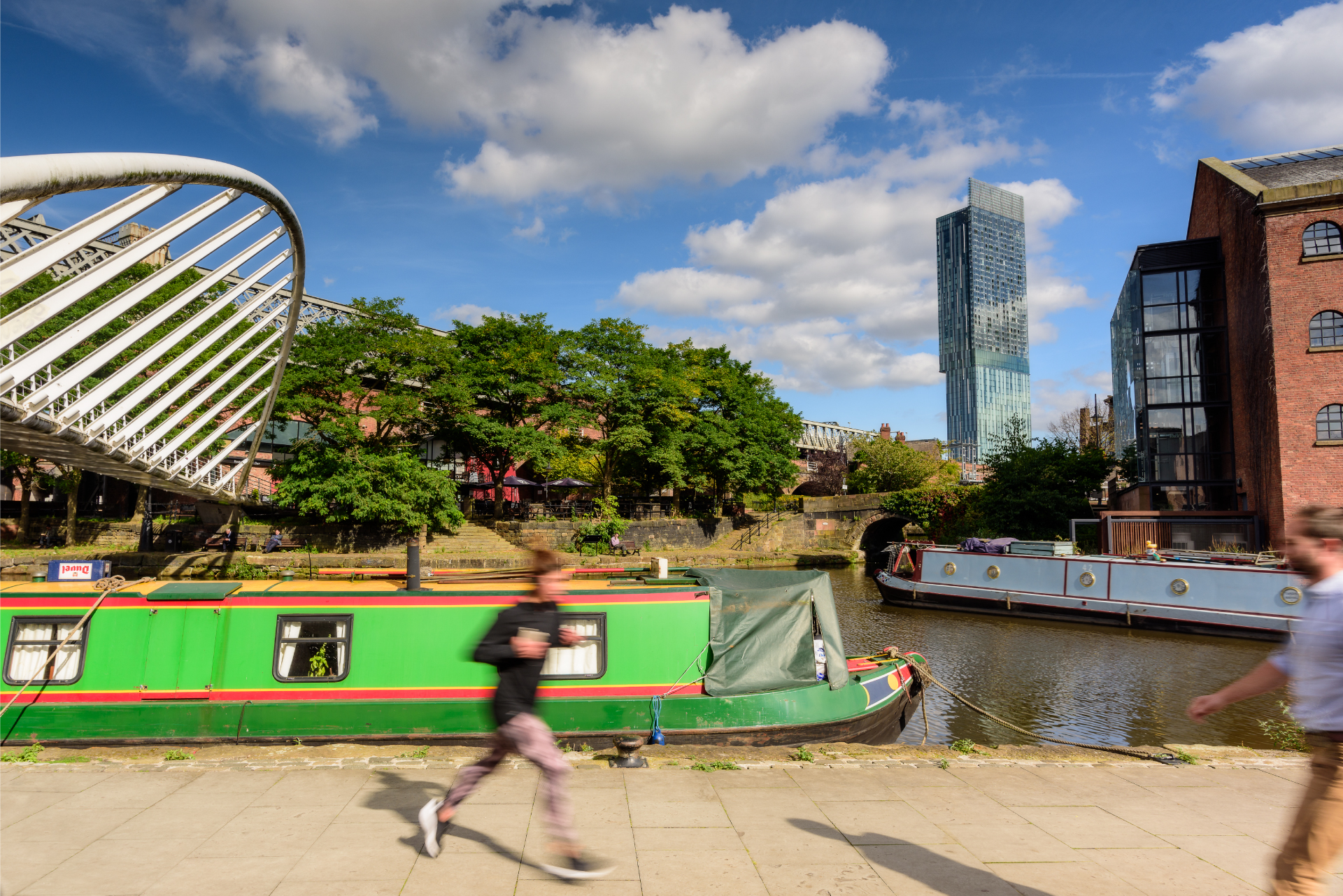 This route starts a little further away, by the Castlefield Basin, but you can always jog or walk the mile from CitySuites down Deansgate as a warm up. The route takes you out of the bustling centre, along the serene (and traffic free) canal side, down to the urbanised and trendy area of Salford Quays and Old Trafford Football Stadium. Castlefield is an area ingrained in Manchester’s history; it’s the place that the industrial revolution first began. Keeping the Bridgewater Canal to your right, use the canal towpath to guide you until you reach the imposing sight of the ‘Class of 92’ owned Hotel Football. Owned by ex Manchester United football players, and boasting a rooftop football pitch, it’s a sight to behold. Climbing the stairs to your right, you’ll arrive at the foot of Manchester United’s Old Trafford Football Stadium. It is well worth taking a detour here to complete a circuit of the stadium, taking your time to marvel at the impressive exterior and history of one of the greatest football teams in the world. From Old Trafford, cross back over the Bridgewater Canal and head towards the Manchester Ship Canal and Salford Quays. Salford Quays was previously the site of Manchester Docklands and became one of the first and largest urban regeneration projects. It is now home to The Imperial War Museum, The Lowry Theatre and a wealth of eateries and fine drinking haunts - not a bad place to end your run and grab a recovery drink.