In recent months, foreign travel and tourism has been restricted, and UK residents have resorted to having staycations rather than vacations. This has led to changes in the popularity of certain tourism hotspots in the UK, both amongst the British population, and in the wider global picture. According to Statista, inbound visits to the UK decreased from around 41 million visitors in 2019 to just less than 10 million in 2020, highlighting the impact that the pandemic has had on tourism.

What are the UKs Most Popular Tourist Attractions in 2021?

Which UK Tourist Attraction is the Most Popular According to UK Residents? The graph above shows top 15 tourist attractions both in 2019 and 2020 amongst UK searchers:

Which UK Tourist Attraction is Most Popular Amongst Americans? The graph above displays the top 15 tourist attractions both in 2019 and 2020 amongst American searchers:

What is the Most Popular UK Tourist Attraction in the World? 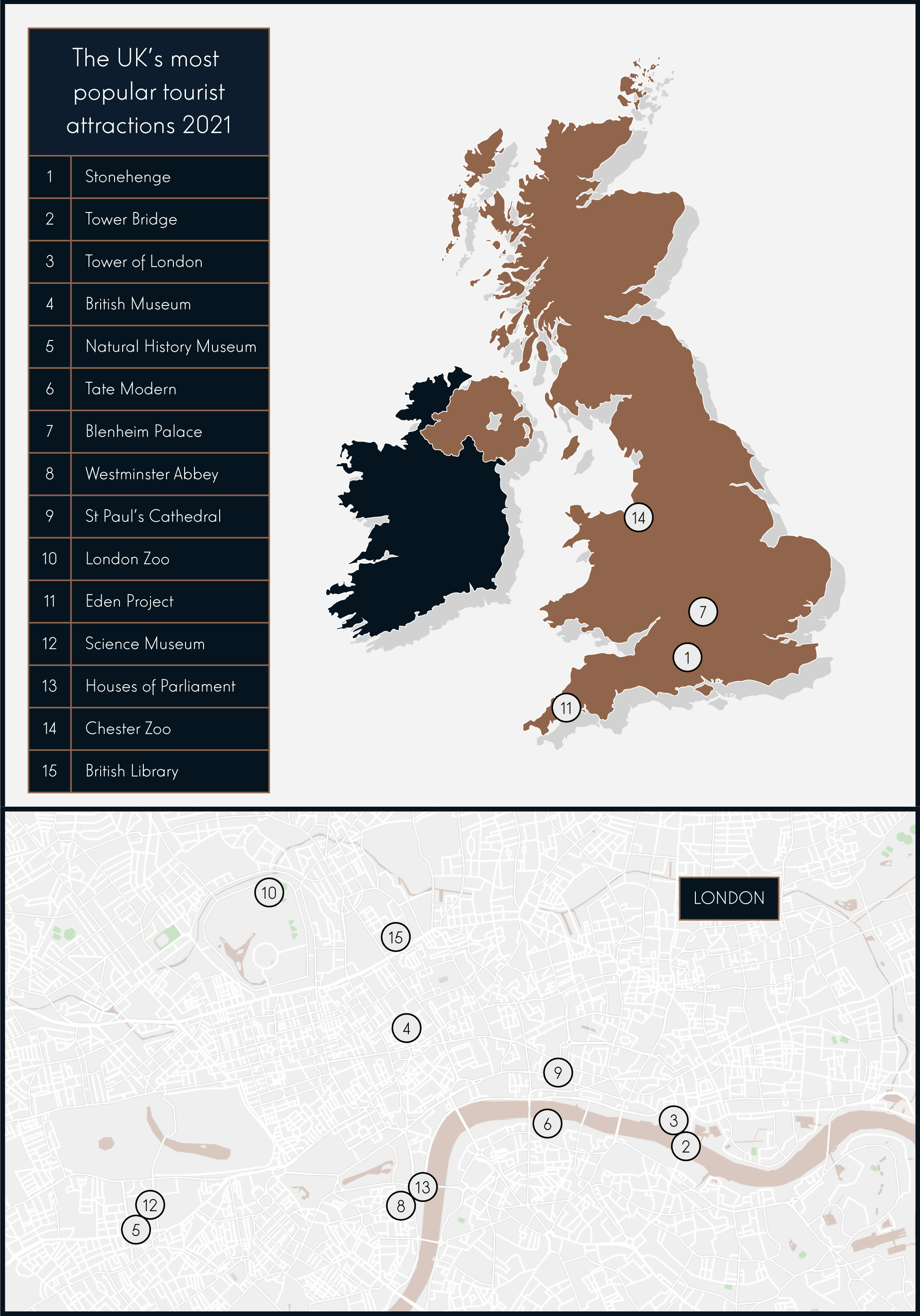 The map above displays the top 15 tourist attractions both in 2019 and 2020 amongst global searchers:

What are the Most Popular Areas for Tourism in the UK?

This investigation was carried out using the tool Keyword Finder. We analysed the search term “Hotels x” with x being the county or the city in question. We analysed all 27 UK counties and the 20 most populated cities in the UK.

What is the Most Popular Tourist Hotspot in the UK Amongst UK Residents?

The graph above displays the top 10 counties for tourism both in 2019 and 2020 amongst UK searchers, and shows:

Which UK City is Most Popular Amongst American Tourists?

In the graph above, the top 10 cities for tourism both in 2019 and 2020 amongst American searchers can be seen.

What is the Most Popular UK Tourist Hotspot in the World? In the above graph, the top 10 cities and counties for tourism in 2019 and 2020 can be seen based on global search volume.